Using bouillon is a no-no on a low amine diet. I find organic carton broth to be marginally better, but it’s all still been sitting around on a shelf for a long time, collecting amines in my food. Not my favorite. Making your own broth at home is super simple and very economical. I keep (and re-use – yay recycling!) a few bags of scraps in my freezer until I have enough to make whatever kind of broth I’m making.

I typically have several gallon-sized Ziplock bags of “trash” in my freezer at any given time:

When I have a full gallon Ziplock, I’m ready to make stock. I use either a Crockpot, or do it on the stove. Either way works just fine, though stovetop is much faster. 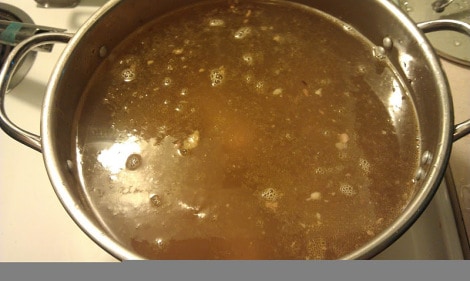 Beef broth starting on the stovetop 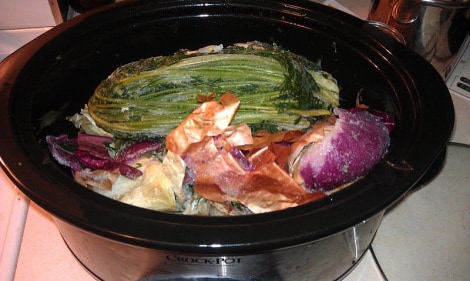 Making vegetable broth in the Crockpot