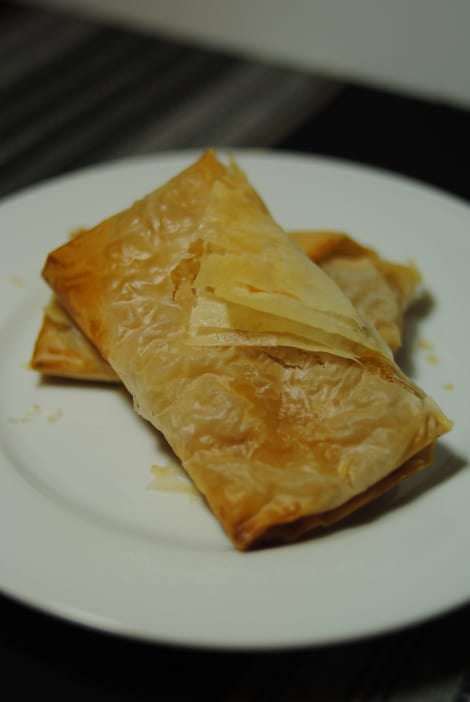 These light, crisp desserts are flaky and just sweet enough. I find that desserts, low-amine or not, are often much too sweet for my tastes. This recipe has no added sugar, and lets the fruits speak for themselves.

2 peaches (I used frozen slices, since peaches aren’t in season yet) 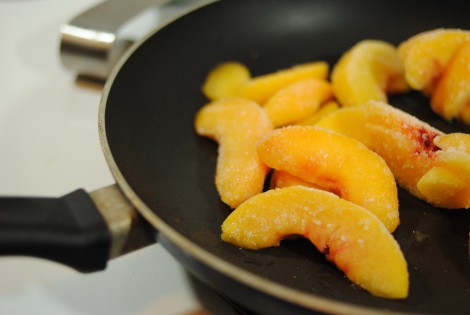 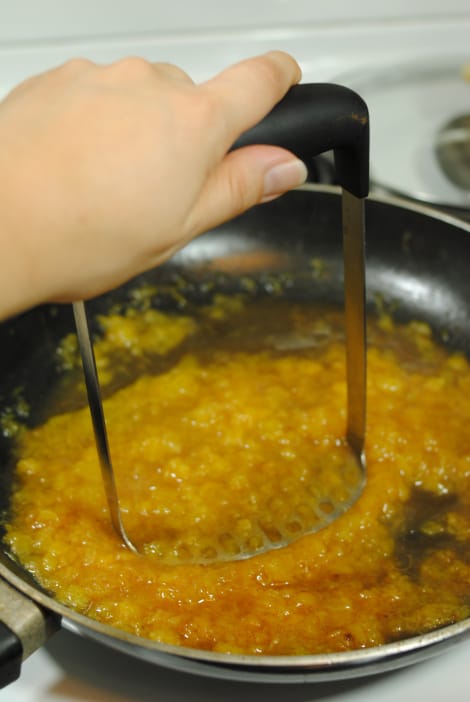 Mash peaches. Also, this is the most AMAZING masher I have ever owned. Get one if you don’t already have one. You’ll love it. 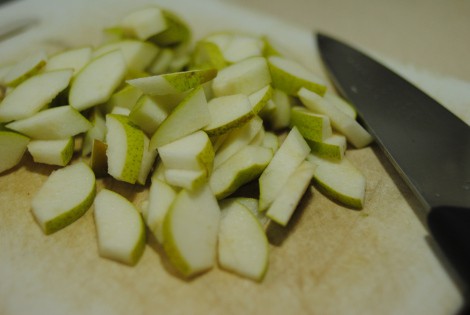 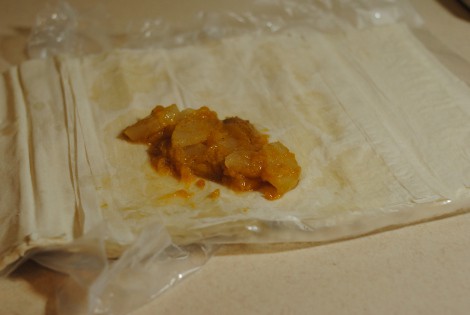 Pear and peach mixture in the phyllo dough square. 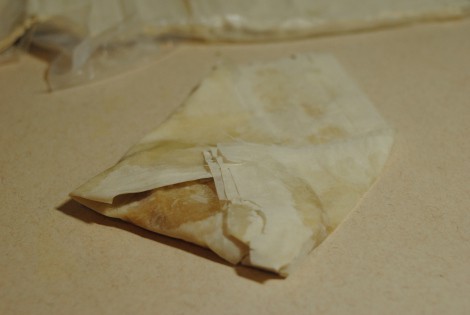 Fold bottom up, then sides in, and finally, fold top over. 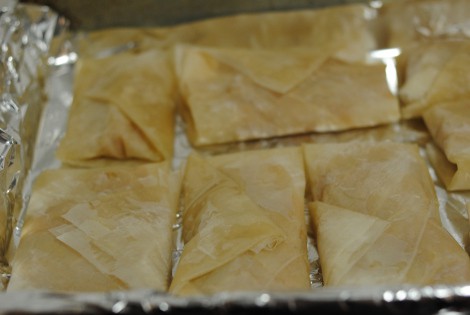 The URI to TrackBack this entry is: /2012/04/03/peach-and-pear-phyllo-pockets/trackback/